HISTORY OF ST PATRICK’S, WAIPAWA
Waipawa is the oldest inland town in New Zealand.   Waipawa was founded on the banks of the Waipawa River by runholder Frederick Abbott in 1860. The town, originally named Abbottsford, was located next to a ford in the river. Settlers preferred its Māori name, Waipawa.  There was no Maori settlement near Waipawa until Te Tapairu pā was established near the town in 1872.  Father Reignier made periodic visits to the Waipawa district between 1851 and 1871.   He had to travel mostly on foot.  In 1857 a bridle-track was opened which made travelling easier as he could visit on horseback  In a letter to Suzanne (Aubert) dated 13th November 1870 (see LOTG) 1.  The first church in CHB was dedicated by Bishop Viard on 16th April 1871.  Churches were later built in many places around here down as far as Woodville, all built and furnished by the Irish Labourers working on the railway at that time.   As Waipawa’s church was first it got the name St Patrick.  The presbytery was built in 1880 when Bishop Redwood sent a Father McGuiness to take charge of this area.   He was replaced in 1881 by Father Ahern who seems to have been very good at raising money.  He paid off the debt on the presbytery, added to the building, built churches at Ormondville, Woodville and Wallingford.  Interestingly, Ormondville became the Takapau Parish, Woodville became part of Pahiatua.  The old presbytery next door to St Patricks was only demolished in the last 20 or so years after Waipawa amalgamated with Takapau and Waipukurau and it was no longer needed.  The original mission church became too small to accommodate the growing population of Waipawa and it was moved to the back of the property and a new church erected where the original church had been.  Eventually the original church was removed and replaced with stables.  A smaller church  was built in Onga Onga and a church building was purchased from another church body during this period to serve the people of Tikokino.  On the night of 30th March, 1920 the second St Patrick’s Church was almost completely destroyed by fire.  People of all denominations from the surrounding districts raised funds to build the present Church.  This building cost Four thousand pounds, opened 1921 debt free.  This church survived untouched during the 1931 Hawkes Bay earthquake.  The Meeane Mission reached from Woodville in the South fanning out West to meet with the Auckland diocese at Lake Taupo then North East to the sea at Mahia peninsula.  If Reignier was familiar on the tracks on horseback Suzanne was equally as familiar tramping on foot. 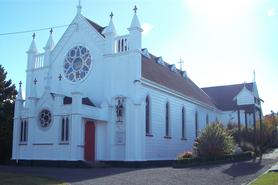 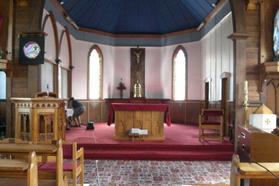 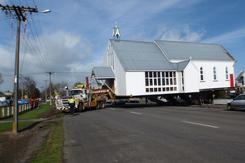 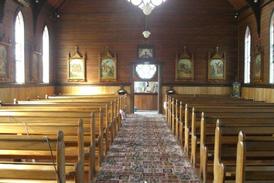 The Holy Trinity Parish was established in 1982.  The Parish was originally made up of three Parishes - St Vincent's - Takapau, St Patrick's in Waipawa and St Joseph's in Waipukurau.

The three parishes amalgamated and The Holy Trinity was established.

St Vincent's in Takapau has since been sold and moved on to Oruawharo homestead where is still used as a wedding and function venue. 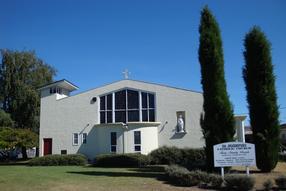 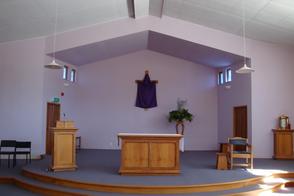 The first service held in this rural church was on March 17th 1895 and the following year Archbishop Francis Redwood consecrated the church.  Sydney Johnston donated the land on which the church stood and a substantial portion of the cost of the building.

Tradition has it that the first Masses were said in the Wanstead pub and a chapel at Wallingford.  The Waipawa parish built a church in Waipukurau in 1900 and sent the sisters of St Joseph of Nazareth to teach catechism and school in 1923.  A church school opened in 1926, a convent in 1930 and the present church in 1956.  In 1961 Waipukurau became a separate parish and the presbytery was built in 1964.  In 1982 St Joseph's became part of the new Parish of the Holy Trinity, Central Hawkes Bay.  The new St Joseph's school was opened in 1990. 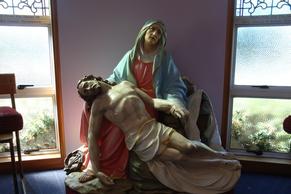